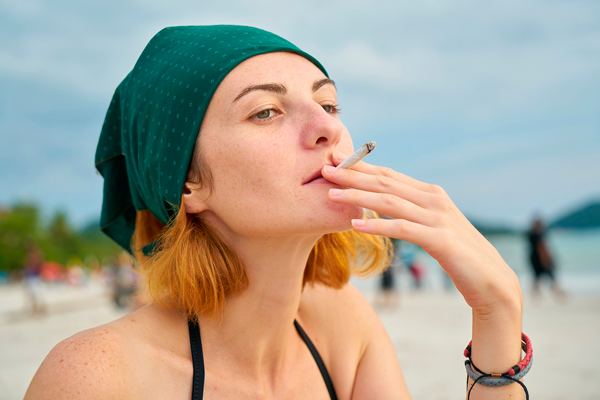 Let’s talk about smoking during breastfeeding. No one doubts that smoking is a toxic habit and that tobacco addiction represents a major health risk for the smoker. It also affects those around you if you don’t take precautions, turning them into passive smokers.

But what happens during pregnancy and breastfeeding? A big question that arises is what to do if you want to continue smoking while breastfeeding.

What is better: to continue breastfeeding or give artificial milk to the baby?

Although sometimes pregnancy and breastfeeding are put in the same bag, they are completely different biological situations, so although LactApp is more about breastfeeding, we need to let you know about the possible effects of smoking on an unborn child.

When a pregnant woman smokes, the baby in the womb notices it immediately because the blood supply provided by the placenta decreases for about 15 minutes, which translates into a drop in the baby’s heart rate. In addition, continuing to smoke during pregnancy can lead to:

Thus, during pregnancy, the most sensible alternative is to stop smoking, seek expert help and start a stop smoking program.

Some years ago, the recommendation was, that women who smoked should not breastfeed, as it was considered safer for their children to be fed with artificial milk.

And so smoking mothers tended to choose to breastfeed less often than non-smokers. And if they did initiate breastfeeding, they stopped breastfeeding earlier than non-smokers. But this fact conferred and confers an extra risk to their children. And this was demonstrated when in 2001 the American Academy of Pediatrics (AAP) eliminated nicotine from its list of substances contraindicated during breastfeeding:

Although nicotine passes into the breastmilk of the smoking mother, nicotine has even been found in the milk of non-smoking mothers who live with a smoker. But even though it might scare you to hear about nicotine in breastmilk, it is one of the least harmful substances contained in tobacco. Although nicotine may be present in the milk of a mother who smokes, there are no reports of adverse effects on the baby due to breastfeeding. The biggest risk to babies is tobacco smoke and all the harmful substances in it.

So what should I do?

To minimize exposure to nicotine through breastmilk and especially tobacco smoke, you should try to:

I want to quit

If you feel encouraged to quit smoking, you can use nicotine patches or chewing gum, which are completely safe when breastfeeding, and you can use them without any concern (you can also see e-lactancia).

Do you have more questions? Would you like to talk to an expert?

Our App, LactApp, is free to download for iPhone and Android and there is a lot more information about all things breastfeeding. There you can also find our Consultation Channel, where you can talk to our team of experts.