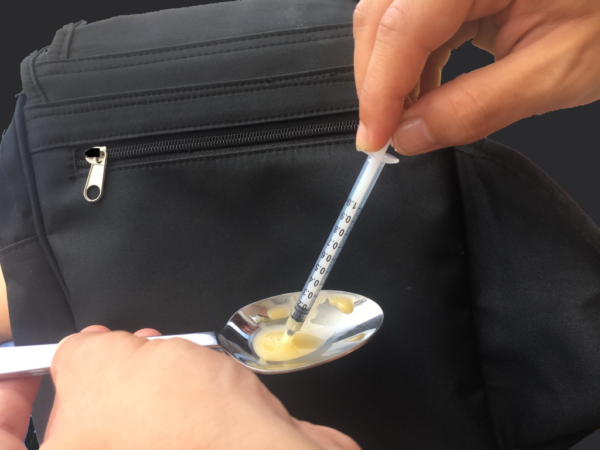 Some cultures have considered — and some alarmingly still do — that colostrum is useless or bad and should therefore be avoided. In these cases, babies have even been left for several hours, sometimes days, without eating anything at all or were fed with traditional preparations.

But nothing could be further from the truth since colostrum is unique liquid gold, perfectly adapted to the specific needs of a newborn baby.

Colostrum begins to appear between 12-16 weeks of pregnancy and sometimes its presence is visible, but sometimes not. Either way will not determine the course of the breastfeeding experience nor the amount of milk the mother will have. It is more common to observe visible colostrum with a second child because the breast will be more prepared after the first lactation.

When a baby is born, colostrum is all it needs. The first function of colostrum for the baby is to provide protection and the second is nutrition. Therefore, a baby should be taking in small amounts, 8 to 12 times a day, of colostrum for about 72 hours.

The quantities are always tiny and perfectly adapted to the stomach capacity of a baby. As the baby swallows colostrum, it covers her or his intestinal mucous and protects from infection. Usually, newborns are anxious and demanding and want to be attached to the breast and feed constantly. This “work” the baby does guarantees the arrival of transition milk, which is the milk that precedes mature milk. This helps to establish good lactation and should not be interpreted as a lack of food.

Colostrum is visibly very different from mature milk: it is yellow or orange in colour because it is saturated with vitamins, especially beta-carotene which has an antioxidant effect on the baby’s cells.

But the most distinctive feature of colostrum is its unique composition, which makes it comparable to blood. It is a powerful immune cocktail, a special and unique first vaccine.

Colostrum also prevents the attachment of harmful germs and coats the gastric lining with a protective layer that prevents bacteria from going thru it. The colostrum is full of living cells that work to protect the newborn. These cells transmit immunological information from mother to child and therefore offer protection, both in the short term and adulthood. It has been scientifically proven that in the case of an organ transplant between mother and child if the child was breastfed, there is a better chance that the transplant will be a success since the recipient’s body “recognizes” that organ as its own and does not attack it.

Colostrum contains high amounts of sodium, potassium, chloride and cholesterol, which all have the function of promoting optimal growth of the heart, central nervous system and brain.

Colostrum also has much more proteins than mature milk, which play an important role in the protection and nutrition, but also control the baby’s blood sugar levels. This is especially important for babies who have difficulty maintaining their blood glucose levels.

Lactoferrin is a protein with antibacterial and antifungal functions, found in colostrum and it reappears in the urine of children who have had it. It seems that in this way the urinary system is also protected against infections that usually affect newborns very easily.

When does colostrum stop being produced?

Usually, the mother produces colostrum during the first 48 to 72 hours after the birth of the baby. If long after this period of time, there is still colostrum production, it may be possible that something is interfering with milk production and it is advisable to seek medical advice (a gynaecologist).

Can I express and store colostrum?

There may be different situations where a mother needs to express colostrum for her baby. If this is the case, the most recommended and practical method is manual expression.

And can I express colostrum during pregnancy?

Yes, in some circumstances it is even advisable to express colostrum during pregnancy. Having a small stock of this prenatal colostrum can be very helpful to give to the baby in the first hours after birth, especially when, for example, the mother suffers from gestational diabetes.

Colostrum is, in short, a precious treasure, yellow liquid gold, which is served in the right measures at the right time to ensure the best protection and the best nutrition for your baby.

Do you have any other questions?

You can find more information about all things breastfeeding in our free app, LactApp for iPhone or Android. In the contact section of the app, you can find an in-app consultation channel where our experts will answer your questions.