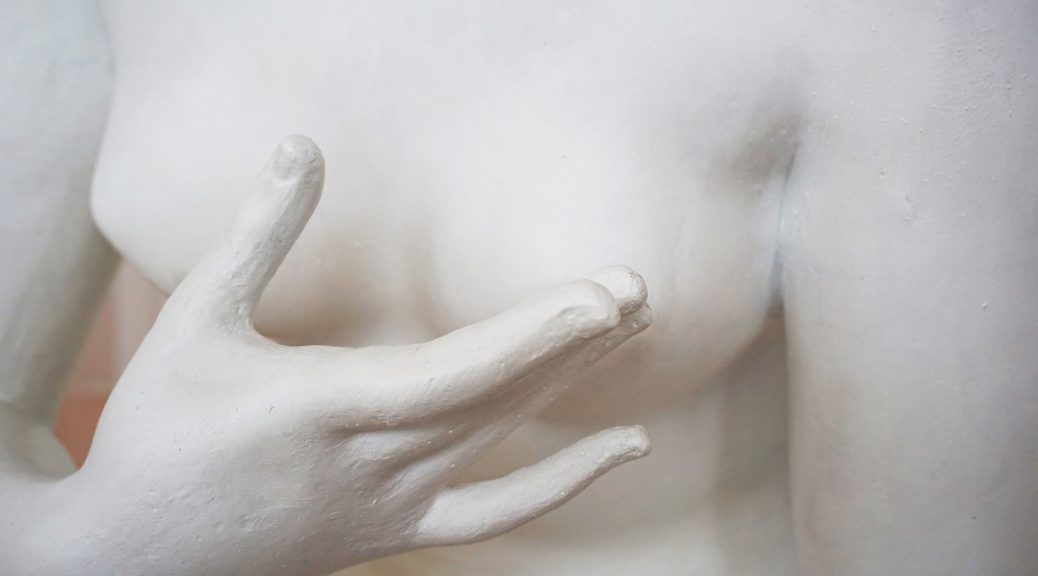 Today, as we celebrated the International Day for the Elimination of Violence against Women a few days ago, we would like to retrieve this wonderful text by Irene García Perulero, a woman who knows a lot about feminism and breastfeeding.

Do not miss it! We hope you enjoy it as much as we did.

“I breastfed for eight years and I did it for two reasons. The first is that I was told I could not do it. Let’s see, understand me, it’s not that they say it like that, that is, nobody comes and tells you “you’re not going to be able to breastfeed”, at least not all the time, but they tell you in a million and subtle different ways, accepted by everyone, but no less violent.

Before my first birth I was a feminist, simply because I had to. After all, I wasn’t educated to be a mother, but to study and become a profitable person. My period hurt quite a bit and I thought that the epidural was the greatest invention, births were a mere procedure and I thought I would breastfeed only if I could, and if I couldn’t, then nothing would happen. After all, one of the first ways they let you know you that you are not going to be able to breastfeed is telling you that your mother ran out of milk after three months and that you won’t know anyone in your environment who has breastfed.

And then Ana was born, in a very violent birth that even today, almost 12 years later, I haven’t been able to write at all. And then I fell off the horse. 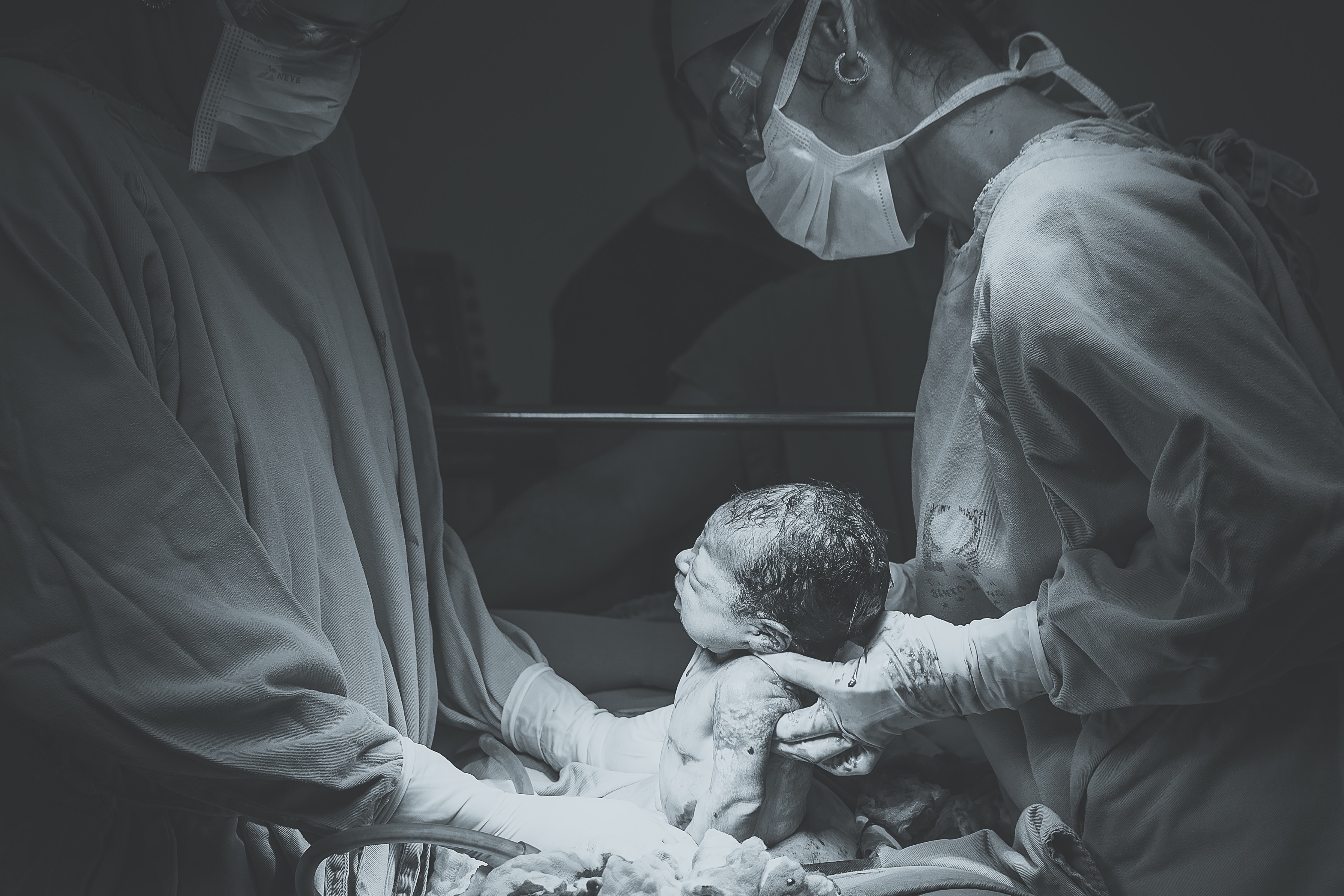 Ana was born by an unnecessary c-section and they took her to a thermal cradle for two or three hours, by protocol. At birth I only saw her right eye and her quite angered face, while I tried to extend my arms to catch her, which made me even more aware that I was tied with my arms crossed.

From the moment I met my daughter again after three hours of anguish, terror and trembles, I only remember feeling very cold, that a nurse put the baby on my chest with not very good manners and Ana hooking me like a piranha and suddenly giving me back all the warmth.

Bad attachment, nipple shields, bottles of dextrose saline solution and canned milk, a recipe for a rare cream to fight bleeding cracks that my baby could not even tolerate smelling, galloping engorgement, pain, a lot of pain, a pill to cut the milk, nurses who did not know how to use the pump and in the end, clear instructions: “breastfeed on demand, every three hours and ten minutes on each breast”. That did the rest and was the luggage with which I went back home. By the end of the month I had already had two mastitis.

The problems arose during the first three months. But my daughter, like a piranha, didn’t stop gaining weight and that gave me a feeling of being incredibly capable, a feeling of sufficiency, of achievement, of “take it now!”. So she didn’t stop gaining weight until she was three and a half years old, when we left the breast by mutual agreement because her sister was going to be born and it hurt me.

The total lack of support and information, the varied interferences of pediatricians, bugs and other relatives — you’re going to get malnourished, you’re going to cause psychomotor problems, what are you, a third world woman? you are going to spoil her, your milk does not feed her, how long are you going to give her? until she has a boyfriend?— they did not get me to give up breastfeeding, which I liked so so much, which lasted another four years when her sister was born, premature and weighing one kilo.

Getting a deferred lactation and then a relactation of a baby weighing one kilo is the most impressive thing I have ever done. It is difficult to overcome that feeling of empowerment. Breastfeeding my daughters has given me the best moments of happiness, peace, warmth and sensuality I have ever experienced. That’s my experience.

In eight years of breastfeeding I had to endure several aggressions, many more messages of “you won’t be able” although I admit that few times I felt they affected me. Nobody tells you that breastfeeding is a pleasure and, above all, nobody tells you that you deserve to do it the best way possible, that nobody has the right to tell you that you won’t be able to. And that, nowadays, is far from being a reality.

I’m still a feminist, much more than before, but that is because all that happened after Ana’s birth made me rediscover what it is.

The need for women to be protected from obstetric violence, for us not to be separated from our children after their birth, for breastfeeding to be established in the best conditions, for us to defend our right to have truthful information and skilled and up-to-date health professionals, for the right to have our jobs protected, for raising our children not to make us economically dependent… all that must be on the feminist agenda. Above all, we must be aware that defending our labour rights cannot be limited to providing maternity leave to parents, but also defending our reproductive rights cannot be limited to protecting our right to abortion or access to contraceptives. Yes, protecting ourselves from work-related discrimination and guaranteeing our reproductive health and our right not to be mothers must be clear objectives of feminism, but childbirth and breastfeeding are also part of a woman’s sexual life and there must be feminists who defend our rights regarding maternity.

The protection of breastfeeding is not just a public health issue, we must not be left with the mere idea that breastfeeding is best for the baby, that it protects from many diseases, that it would save so much money or that it reduces the risk of breast cancer. There is no need for further studies, no need to refute them, no need to eternalize debates on the stereotype of the good mother, no need to fight.

The promotion of breastfeeding can never be reduced to placing four cool posters in the delivery room or in the health centre while out-of-date professionals are kept in their jobs, who have not been trained and who only know about breastfeeding what they learned during an hour of study throughout their university studies and what the commercials that sell formula tell them. Encouraging breastfeeding is not telling mothers that breastfeeding is the best thing for their child, and in the meantime maintaining child health booklets that do not yet include WHO growth charts, ignoring the physiological mechanism by which breastfeeding works, or handing out leaflets with obsolete instructions at physicians’ offices.

I have never felt more powerful than while breastfeeding, never more beautiful, sexier, healthier, better. Because I breastfed for two reasons, the first is that I was told I couldn’t do it. And the second is that I did it because I wanted to. That’s why I’m a lactivist and at the same time I’m a feminist, because that’s what feminism is all about, isn’t it? To defend and protect women’s right to choose. And when it comes to breastfeeding, there is still a lot to be done.”